The Linguistic Circle of Copenhagen

The Linguistic Circle of Copenhagen

The History of the Linguistic Circle of Copenhagen

The Linguistic Circle of Copenhagen was founded at 8 p.m. on the 24th September, 1931, on the initiative of Louis Hjelmslev during a private meeting at his home. Prior to this a preliminary meeting had taken place on the 24th June of the same year. Present at that meeting where mag. art. Kaj Barr, later professor of Iranian Philology at the University of Copenhagen; stud. mag. Detlefsen, later a teacher of the dyslectic; mag. art. Poul Høybye, later professor of Romance Philology at the University of Copenhagen; mag. art. and lecturer in Romance languages Hedvig Olsen; and mag. art. Harry Pihler (from the department of English), who later became headmaster of the Karoline School on Ingemannsvej, Frederiksberg, where a number of the Circle’s meetings were later held. Besides those named above, the following attended the founding meeting: professor of Romance Philology Viggo Brøndal and his wife Rosally Brøndal, and Paul Lier, for many years a high school teacher and later made an honorary member of the Linguistic Circle. These constituted the circle of members who in Hjelmslev’s report at the time of the Circle’s 20th anniversary were named as ‘membres fondateurs’.

The inspiration to form such a Circle as an alternative to the more socially orientated lecture clubs and the like that already existed undoubtedly came from the Prague Linguistic Circle. Even the titles of the Circle’s publications were copied from the Prague Circle (thus for example Travaux du Cercle Linguistique de Copenhague (TCLC) alongside Travaux du Cercle Linguistique de Prague (TCLP)).

The purpose of this founding meeting was to create a study circle of active members who would develop a new kind of linguistic research - later called Structuralism.

The Circle quickly acquired a wide membership, among them key figures in Danish linguistics such as L.L. Hammerich, Eli Fischer-Jørgensen, Paul Diderichsen and later Knud Togeby and Henning Spang-Hanssen, and gradually a significant publication activity was built up. A Bulletin was produced, first in Danish, later in French and German. In 1937, on the initiative of Hjelmslev and Brøndal, an international journal for structuralistic research in language, Acta Linguistica was launched (later called Acta Linguistica Hafniensia - ALH), and as time went by the Circle published an irregular series of larger works under the name Travaux du Cercle Linguistique de Copenhague. Both Acta and Travaux continue to flourish, and the meetings of the Circle are now documented in various issues of Acta.

The history of the Circle falls into a number of eras: the period from the beginning in 1931 until 1934, when Hjelmslev’s original plan to get the Circle to function as both an alternative and a supplement to the Prague phonologists broke down; the period from 1934 to 1937, when Viggo Brøndal was the Circle’s leader during Hjelmslev’s stay in Århus, where he and Hans Jørgen Uldall worked together on their glossematic project; and the period from 1934 to 1942, after Brøndal died and Hjelmslev overtook the position as chairman. Hjelmslev continued as chairman until shortly before his death in 1965, and from 1966 the Circle and its publication activities were revitalised thanks to the great efforts of Henning Spang-Hanssen and in particular Eli Fischer-Jørgensen.

The history of the Linguistic Circle has been documented in detail in Frans Gregersen’s Ph.D. thesis Sociolingvistikkens (u)mulighed (1991, p. 67ff.), and one can find in Eli Fischer-Jørgensen’s talk on the occasion of the Linguistic Circle’s 50th anniversary (printed in Lingvistisk Festival, Sprogvidenskabelige Arbejdspapirer fra Københavns Universitet 2, 1-12, 1992) a first-hand account of its meetings. The meetings are also documented in various issues of the Bulletin du Cercle Linguistique de Copenhague (BCLC) and in Hjelmslev’s Rapport sur l’activité du cercle linguistique de Copenhague (1931-51, Nordisk Sprog- og Kulturforlag 1951), which contains a complete membership list. The Circle’s archives are located in the Collection of Manuscripts and Archives of the Royal Library and have been put in order by Anne Jensen, the former secretary of the Circle. 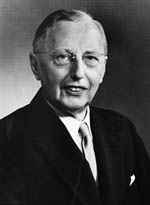 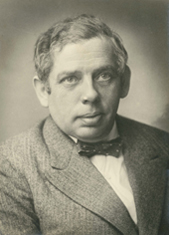